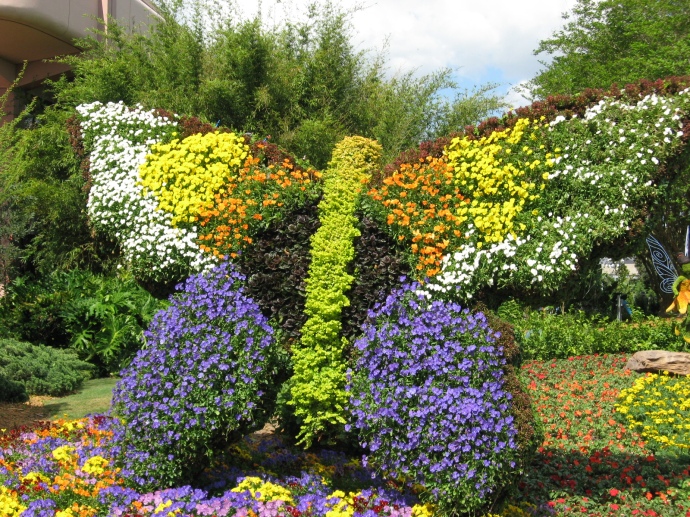 Every year I love to go to the EPCOT International Flower & Garden Festival. 2012 marks the 19th year of the festival and I think I’ve been going since the beginning. Though there are many facets of the festival that I like, I think the marvelous topiaries are at the top of my list. 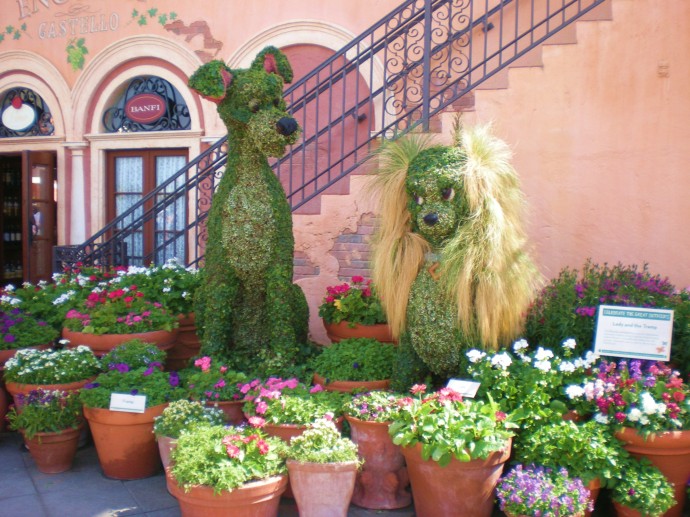 This year’s show features over 100 topiaries, 75 of which are Disney characters. This is the largest collection of Disney character topiaries in the world (of course it is, it’s at Walt Disney World) Now, I didn’t count all of them, so we’ll have to take Disney’s word for it. Here are just a few: 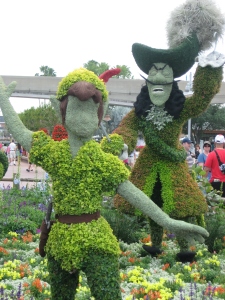 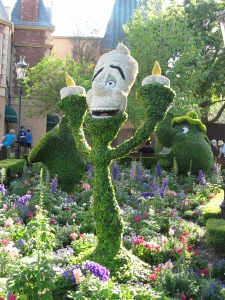 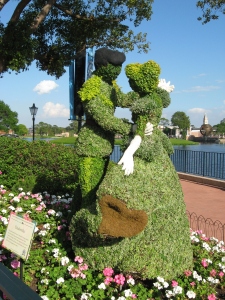 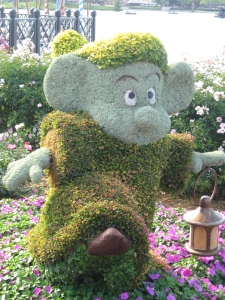 There is always a brand new showcase topiary display at the park’s entrance. This year it’s Fantasia. This scene is actually made up of 28 topiaries including three ostriches, two hippos, eight mushrooms and of course Mickey Mouse as the Sorcerer’s Apprentice. Disney topiary specialists created this display with both new materials and recycled pieces from past years.

The topiaries are made up of many different plant materials including grasses, mosses, lichens, ficus, air plants, palm fibers and various flowers like begonias and impatiens. 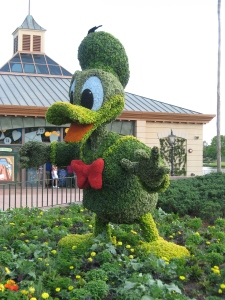 The EPCOT International Flower & Garden Festival runs March 7th through May 20th and is included in your park admission. 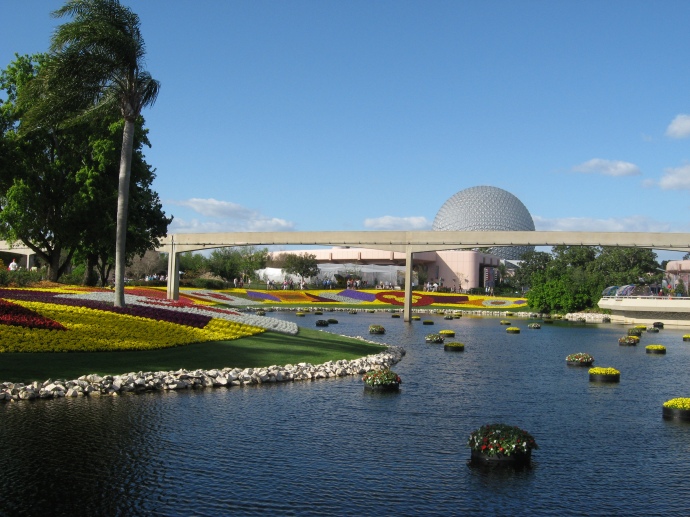 I can’t remember how many times I’ve been to the festival, but since this is the 19th one, I must have gone 18 times! And I know that I will definitely keep going for years to come. There’s always something new to see. The displays are beautiful and you can’t help but take a million pictures. (Alas, not all million are posted here!)

Every year the entrance to the park and the entrance to World Showcase are redesigned with topiaries that showcase Disney characters or movies. This year will feature Fantasia at the park’s entrance.

In the past, they’ve featured Toy Story characters, Cars characters and our favorite Disney

standards. The Disney landscapers and horticulturists always do a fantastic job designing over 100 different topiaries that are featured throughout the park. I’ve just included a few here, but will highlight more in a special story about the festival’s topiaries later this month.

I always take the Rose Walk, which goes between World Showcase and Future World.  If you time it right, there are hundreds of roses in bloom of all different varieties and colors. It may be a cliché, but I do always stop and smell these marvelous roses.

Make sure you take a stroll through the butterfly house which has grown in size over the years. Hundreds of butterflies all flying freely around you. It’s lovely.

HGTV will have their cavalcade of stars at the Designer’s Stage in the Festival Center including Jason Cameron from Desperate Landscapes, Monica Pedersen from Designed to Sell and Carter Oosterhouse from Million Dollar Rooms.

The Flower Power Concert series will feature performances by music legends from the 1960s and 1970s: Jose Feliciano, The Guess Who, The Turtles, The Spinners, Peter Noone of Herman’s Hermits and more.

This year we will surely miss the beloved and extremely entertaining Davy Jones of The Monkees, who passed away last month. He usually opened or closed the Flower Power Concert series. He was scheduled to appear May 18 through 20. We love you and miss you Davy!

The festival runs every day at EPCOT from March 7 until May 20, 2012. Flower Power Concerts take place at the America Gardens Theatre at 5:15pm, 6:30pm and 7:45pm each Friday, Saturday and Sunday during the festival.